Outside the Jackson Family Home

CNN's Don Lemon continues his coverage of Michael Jackson's sudden death. He turned on his camcorder to give us an idea of what he’s seeing in front of the Jackson family house in L.A.

Literally – where is it? JBS Swift Beef Company recalled approximately 380,000 pounds of beef that might be contaminated with E. Coli, and now 18 people are sick. Here’s the hitch: neither the company nor the USDA can tell consumers which meats not to eat. That’s because JBS sells its products to a variety of other companies, which in turn put their own labels it. Figuring out what products to throw out of your freezer may be the ultimate meat mystery. For more information about the recall, here’s the press release from the USDA.
Also – listen up raw cookie dough lovers: the FDA has found evidence of E. coli bacteria in an unopened package of raw chocolate chip cookie dough, So far, 69 people have become ill. Visit Nestlé’s website for a complete list of the recalled products:

UPDATE 7/1/09: The board of Army Officers decided Tuesday to recommend Choi be discharged for violating the military's "don't ask, don't tell" policy. The final decision, however, could take up to a year to be made.

6/30/09: Lieutenant Dan Choi faces a board of Army Officers today, which will determine the fate of his military career. Lieutenant Choi violated the military’s “don’t-ask, don’t tell” policy earlier this year when he shared during a television interview that he is gay. He received a dismissal letter from the Army shortly afterward, but decided to fight it. Choi says that despite the consequences, he doesn’t regret his decision to come out. He says that if he is discharged it is his platoon that is being punished, not him, and that he refuses to lie and hide his identity. Choi is a West Point graduate and fluent in Arabic. 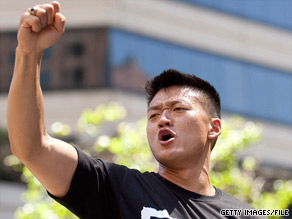 Choi says he believes being a leader for gays in the military is more important than following what he believes is an unfair law needing to be appealed.

We want to know what you think is the right decision regarding Choi’s military future. Should the board let him continue to serve his country and platoon despite his violation of “don’t ask, don’t tell” or should he be discharged?

Today marks the deadline for American troops to pull out of Iraq's towns and cities.

A new CNN/Opinion Research Corporation poll suggests nearly three-quarters of all Americans support the plan, even though most think that the troop pullback will lead to an increase in violence in that country.

What do you think? Do you support the plan to withdraw most U.S. combat troops from Iraqi urban areas?

Leave us a comment. We’ll read some of them on air in the CNN Newsroom, 11am ET— 1pm ET

Researchers at Kaiser Permanente in Portland, Oregon followed 11,326 adults in Canada for twelve years. They found that those who were overweight were 17% less likely to die during the twelve years of the study.

“It is surprising carrying a little extra weight may give people a longevity advantage,” said David Feeny, a coauthor of the study. “It may be that a few extra pounds actually protect older people as their health declines.”

So does this mean it’s okay to be overweight? The study authors say no. They say the results illustrate that weight is only one factor in health. “Good health is more than BMI or a number on a scale. We know that people who choose a healthy lifestyle enjoy better health: good food choices, being physically active every day, managing stress, and keeping blood pressure, cholesterol, and blood sugar levels in check,” says Dr. Keith Bachman, a co-author of the study, which was published online in the journal Obesity.

So are you overweight? Use this tool to calculate your BMI.

Is this a surprising sentence? Leave your thoughts below. 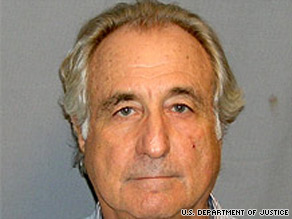 Madoff is 71 years old. The maximum sentence he could have faced was 150 years in prison. His attorney asked for 12 years.

Despite some high-profile bombings in recent days, Iraq's security forces are ready to take over for U.S. forces this week to stabilize the nation's major cities, the U.S. commander in Iraq told CNN on Sunday.

CNN'S Michael Ware, reporting from Iraq, tells us what that means for the 130,000 troops there and how the Iraqis feel about it.

CNN's Don Lemon anchored his prime-time news show from the red carpet of the BET Awards, and then Joe Jackson, patriarch of the Jackson family, showed up.

Don then followed up with a longer interview with Jackson family attorney, Londell McMillan.

The Genius of Michael Jackson

CNN's Don Lemon talks with music producer Rodney Jerkins about what it was like to work with a creative force like Michael Jackson.