We got a TON of tweets on this story, after Kyra's live interview with student/plaintiff Mandi Jackson. Opinion was pretty evenly split, too. Have a look and see what you think - and as always, free free to post a comment below!

Both congressional democrats and republicans are exploring health insurance co-ops as an alternative to a government run health care plan. What exactly is a co-op? What do you need to start one? CNN Senior Medical Correspondent Elizabeth Cohen has the details.

The Mexico City Government is trying to sweeten already sweet deals.  Tourism from Americans accounts for 80% of their 13 billion dollar industry.  Would you go?

Google to be Replaced?

Two of the web’s most powerful companies have teamed up for what just might be the biggest possible task on the Internet: taking on Google. As CNNMoney.com reports, Microsoft and Yahoo hope to supplant Google as the leading search engine.

Is that possible? How will this change the way you search online? This weekend in the CNN Newsroom, our Josh Levs will get the answers from one of the world’s top experts – Steven Levy of Wired magazine.

Join Josh, along with TJ Holmes and Brooke Baldwin in for Betty Nguyen Saturday and Sunday in the CNN Newsroom, beginning 6am ET/3am PT.

End of the "Great Recession?"

Could the so-called “Great Recession” finally be coming to an end?

Many economists are pointing to recent signs of an upturn in the economy. In fact, President Obama spoke yesterday, highlighting these signs. He said that job losses are slowing… that housing prices have gone up for the first time in 3 years…and that the credit system, banking system and financial markets have generally settled down.

Given these indicators, we want to know what you think. Do you believe that we have hit bottom and are on our way up? Share your thoughts or story here. 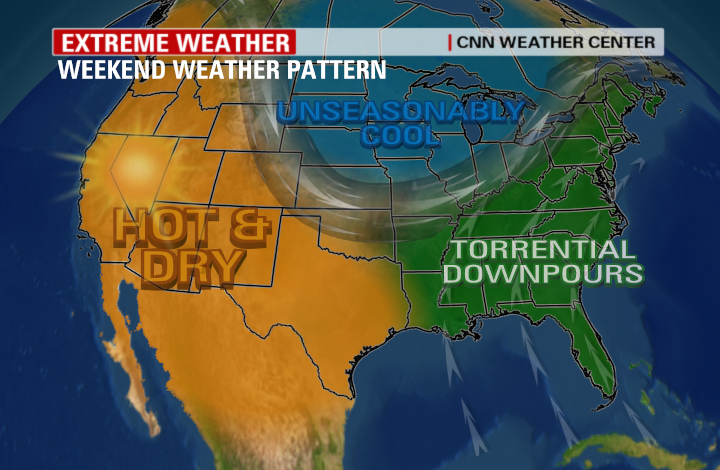 An extreme weather pattern will set up across the Nation this weekend with cold temperatures across the northern tier states, torrential rain along the Eastern Seaboard and hot and dry conditions in the West.
July 31st, 2009
09:31 AM ET

The President’s health care promises: what do people believe?

President Barack Obama has tried to assure Americans that reform won’t hurt the healthcare they already have, but poll results show people have a hard time believing him. What exactly are people worried about? CNN Senior Medical Correspondent Elizabeth Cohen has this report.

Pioneer aviator Amelia Earhart was one of the most famous women in the world when her attempt to fly solo around the world ended in 1937 with the disappearance.
It left us all with a mystery: what happened to her?
Kyra Phillips interviews the man who wants to solve that mystery with DNA.