It was high time for another Mail to the Chief* segment, and we figured what better focus today than "Cash for Clunkers" - the government's popular/reviled/confusing/out of $$$ rebate program.

Kyra steered a bunch of your Twitter and e-mail questions to Transportation Secretary Ray LaHood (with our good friend Ali Velshi doing a ride-along).

*Mail to the Chief is one of Team Kyra's regular segments; we ask you guys what YOU want to know from the Obama administration, and then we ask 'em your questions.

Beating the high cost of funerals

It's a topic that intrigued us: how are people coping with funeral costs in a tough economy?

Watch Kyra Phillips' interview with Josh Slocum of the Funeral Consumers Association and learn about the big mark up on casket costs and why embalming is actually optional.
(video coming soon)

What do you think? Leave your comments here.

At a briefing yesterday with senior administration officials, CNN Senior Medical Correspondent learned more about federal efforts to get the vaccine to those who need it most. 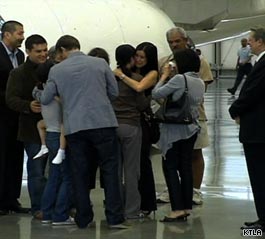 Two American journalists, detained in North Korea since March, arrived back in the U.S. this morning along with former President Bill Clinton.

Current TV’s Laura Ling and Euna Lee were arrested in March while reporting from the border between North Korea and China. They were sentenced in June to 12 years of hard labor on charges of entering the country illegally to conduct a smear campaign.

Clinton made the trip to North Korea after the families of the women asked him to travel to the Communist country and seek their release.

John Bolton, former Ambassador to the United Nations, criticized the move saying the Obama administration is rewarding North Korea for its bad behavior. Bolton, in an interview with the French Press Agency, went on to say, “It comes perilously close to negotiating with terrorists.”

So what do you think? Leave us a comment and we’ll share some of them on air in the CNN Newsroom, 11am-1pm ET

Laura Ling and Euna Lee, two American Journalists, are returning home today (read full story here). They had been prisoners in North Korea since March. This is at a time of particularly chilled relations between the U.S. and North Korea - after North Korea’s recent nuclear testing and missile launchings. Many are wondering – how, exactly, did former President Bill Clinton manage to secure their release?

We want to know what you think. Were the captured journalists turning into a liability for North Korea?

FLOODING IN LOUISVILLE, KY
Louisville officially received 4.53 inches of rain at the airport as strong thunderstorms moved slowly through the area yesterday, breaking the all-time one day record for August. The old record was 3.76 inches set on August 8, 1879. There’s only a slight chance of rain showers this afternoon as weak high pressure builds in behind a cool front.

SEVERE STORMS
There’s a slight risk of severe storms from the mid-Atlantic southwestward to the lower Mississippi River Valley today. Flash flooding, damaging thunderstorm winds, and dangerous cloud-to-ground lightning will be possible with the stronger storms. 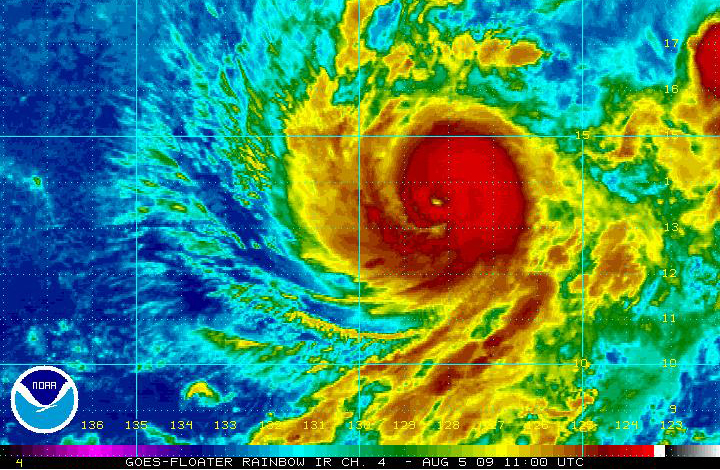 Hurricane Felicia is churning westward in the eastern Pacific. Forecasters expect Felicia to become a major category 3 hurricane later today. The hurricane is forecast to weaken before potentially threatening the Hawaiian Islands as a tropical storm this weekend.

RT @CNN: Residents in a flooded Orlando neighborhood tell CNN’@donlemonon why they decided to stay before Hurricane Ian made landfall in Fl…
cnnnewsroom

10:03 am ET September 29, 2022 RETWEET
RT @CNN: New updates on Hurricane Ian detail that the expected storm surge is 12 to 18 feet with winds strengthening to 155 miles per hour.…
cnnnewsroom

12:56 pm ET September 28, 2022 RETWEET
.@tylerperry’s on-stage and on-screen stories have been great inspirations to audiences around the world but how ditwitter.com/i/web/status/1…YzrD
cnnnewsroom

11:53 am ET September 25, 2022 RETWEET
RT @CNN: Prosecutors have recommended against charging Rep. Matt Gaetz (R-FL) in a federal sex trafficking investigation, according to a so…
cnnnewsroom