Watching the Fire on the Web 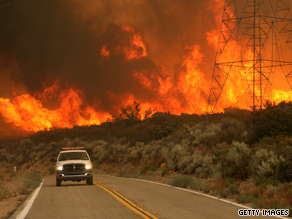 UCLA is streaming a live look at Mount Wilson- it houses major antennas and transmitters for the region.  It is also home to a historic solar observatory.