Did you watch the interview last night on Larry King? If not, read the transcript and watch portions on CNN.com. 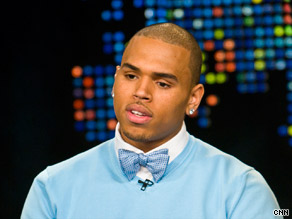 Chris Brown said he hasn't talked with Rihanna in several months, and still loves her. His mother told Larry that her son has never been violent person.

What do you think? Leave your comments below.

Nearly nine in ten Americans say the country's still in a recession, according to a new CNN/Opinion Research Corporation national poll.

But some economists think it's just about over and there are positive signs with consumer spending, residential construction and technology sales gaining.

What do you think? Take the Quick Vote poll or leave your comments.

On Monday, a 61-year-old man allegedly approached the mother of a crying 2-year-old girl in a Wal-Mart and said, “If you don’t shut the baby up, I will shut her up for you.” A few minutes later, he allegedly grabbed the girl and slapped her across the face. Police said he struck the child four or five times. According to a police report, the man told the child’s mother “see, I told you I would shut her up.”

The alleged “slapper” was arrested and charged with first-degree cruelty to children.

Here in the Newsroom –
This story has made us reminisce about our own encounters with unruly children. We’ve laughed. We’ve cried. And now we want to hear from you. When you’ve met up with a screaming child in a public place…have you ever said anything? Done anything? Wanted to say or do anything? Share your stories here.