It's been almost 30 years since the launch of CNN as the first 24-hour all-news cable network.

Next week, Fredricka Whitfield sits down for a one-on-one interview with the man who started it all, Ted Turner.

If you've ever wanted to ask Ted a question, here's your chance.

Leave us your questions, and we will include some of them in the interview that will air next Saturday, May 22. 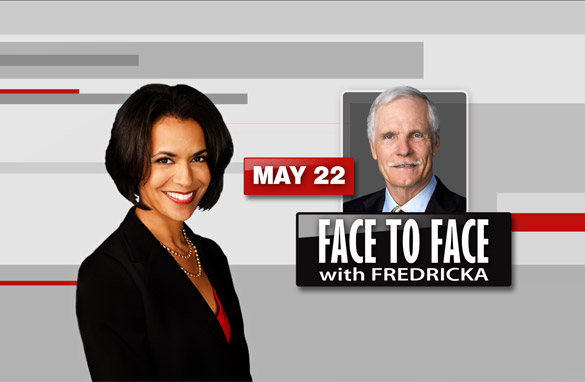 Coming soon to a drugstore near you:  genetic test kits that allow you to evaluate the odds of developing a chronic disease.  Starting this Friday, Walgreen Co. will start selling the kits for $20 to $30.  Customers can then pay more for Pathway Genomics to run the tests – ranging all the way up to $249.  The company said the test can determine health risks for genetic conditions such as obesity, diabetes, breast cancer and Alzheimer’s.  State and federal public health officials, however, have urged caution saying people could misuse or misunderstand the results of a test.

Our question:  Would you want to know if you have a predisposition for a chronic disease?

UPDATE: Walgreens said it would postpone selling the test after the FDA raised concerns with the kits' manufacturer.

From Med School to His Own Bakery

Chip Brown started out going to medical school, but his career path took a different turn when he decided to follow his passion.

Should eligibility for a school field trip be determined by a student’s race? Seems like that happened at an Ann Arbor, Michigan school. About 30 African-American elementary students went to visit an African-American engineering professor at the University of Michigan. Their white counterparts did not go. Teachers and administrators said it was a motivational trip to help bridge the gap between black and white test scores. The Michigan Attorney General’s office said the field trip appears to violate the state constitution. In 2006, voters approved a ban on affirmative action programs that give preferential treatment to groups or individuals based on race, gender, color, ethnicity or national origin for public employment, education or contracting purposes. So far, no complaints have been filed with the attorney general’s office.

A spokeswoman for the district said it doesn't believe any laws were broken but is looking into it. School officials also plan to discuss the field trip Thursday at a parent-teacher organization meeting.

What do you think? Is this an unfair field trip or justified lesson?

Post your comments here. Kyra will read some of them on the air in the 10am ET hour of Newsroom.